Looking for color grep for Windows? I was. I didn’t find exactly what I was looking for; instead, I found something better.

ack is a tool like grep, designed for programmers with large trees of heterogeneous source code. 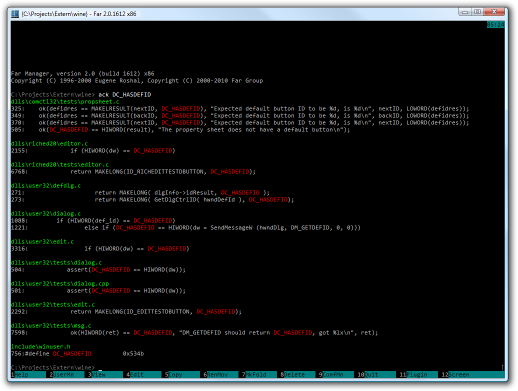 ack doesn’t enable or output colors on Windows by default. To get it all working, do the following: